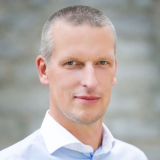 Viljam was a member of the team of the Village of Hope rehabilitation centre for a long time. In 2003 he reached out to the Village of Hope himself: he was a addict, but completed both the rehabilitation programme and the Serving Leadership Programme. Thereafter he started working for the Village of Hope, first as the manager of its sawmill, then as the programme manager and finally as a Management Board member and CEO. As a leader, he was responsible for running and developing the organisation according to its Statutes, communicating with state and local institutions and donors. For many years Viljam belonged to both the prison committee of Tallinn Prison and the crisis committee of Kernu municipality.

In 2007 he attended in studies at the Dunklin Memorial Camp in Florida in the United States. This experience laid the foundations for the Village of Hope programme. In 2008 he attended a seminar given by internationally renowned addictologist Michael Dye in Moscow and gained the qualifications needed to counsel addicts, based on the Genesis program. In 2009 Viljam graduated from the EKNK School for Deacons.

Viljam supervised the foundation of the Keila Adaptation Centre of the Village of Hope and helped re-establish the EKNK Paldiski congregation. Both organisations are now operating successfully and growing under their current leaders.

Viljam was a founding member of the NGO the Village of Hope. On the 95th anniversary of organised Estonian firefighting in September 2014, the Minister of the Interior and the Director General of the Rescue Board acknowledged Viljam’s work by awarding him with the Rescue Board’s medal. Since 2019, Viljam Borissenko has been the volunteer rescuer of the Hüüru Free Will Firedepeartment.

In 2017, Viljam decided to join Audentes Gymnasium to finish a school. He graduated school in the spring of 2020, after which he started studying social work at Tallinn University. In the same year, Viljam also became a peer counselor at the Creative Room training center, on the basis of the state curriculum. As an peer counselor he was one of the founders of VIVICUM OÜ which is providing counseling to addicts.

Viljam, his wife Liis Borissenko and their daughter are members of the EEKBL Oleviste congregation. In 2015, Viljam and Liis took a Family Recovery course at Dunklin Memorial Camp in Florida in the United States in order to grow on a personal level and gain new experiences. They have run courses on these topics and have offered couples counselling to families in need of help.